Your fuse box and/or circuit breaker is a critical component of your larger electrical system. It gives your electrical devices and wiring protection from prospective damage or excessive current that might trigger a fire to start.

The main function of your fuse box and circuit breaker is protecting your electrical system from things like damage and fires by first shutting off any current when there is a short circuit or an overload. Without a circuit breaker, unlimited amounts or levels of electricity might flow into your house and start a fire. A tripped breaker or a blown fuse often seem like a nuisance, but it’s still much better than having irreparable damage to costly appliances and electronics, or worse yet, a fire in your home.

Any fuse that cuts off power has to get replaced. However, a circuit breaker can just be reset. Learn what steps are necessary to replace any tripped circuit breaker or replace blown fuses.

Do your breakers trip very often? Learn three of the most common causes behind tripping circuit breakers, as well as what you might do about it.

Just Why Do Your Circuit Breakers Get Tripped? 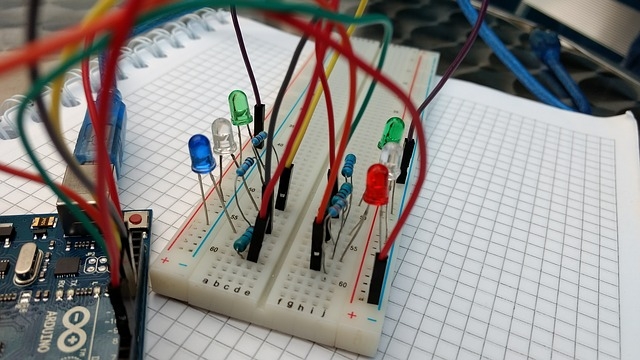 When any breaker trips, it’s usually a result of one overloaded circuit. Each of your electrical panel’s circuits was designed so they could handle specific amounts of power or electricity. That’s typically 15-amp circuits. Some areas of your home might need to actually handle larger loads. That’s often rooms like your laundry, your kitchen, or bathrooms. Those typically have 20-amp circuits instead. Large appliances might also get dedicated circuits, like water heaters or HVAC systems. Those are often served by 30 or even 50-amp circuits.

All these various circuits have limits, which are measured in amps. If the demand for power exceeds the level or amount of electricity which a breaker can handle safely, then it detects a discrepancy and trips the breaker prior to there being a hazard of overheating or even fire.

You can easily identify the maximum current rating for every circuit, just be looking at your breaker. Each handle should have the maximum amperage written on it.

When you happen to overload any circuit, then it means you’re trying to push an excess of power through a single circuit. That often happens if you’re running a pair or more of big energy-consumers simultaneously. That could be a vacuum and a space heater, a microwave and a television, or a toaster with a window air conditioning unit.

Given that most circuits are built for 15 amps, asking for 20 is going to trip your breaker so you don’t have overheating or a fire hazard.

How you can solve this issue:

If you happen to be overloading any circuit, there is a reason behind it. If you want to keep it from occurring again, then plug one of your biggest energy consumers into one of the other circuits. You might also just stop using one device. In winter, circuits often get overloaded by space heaters. If there are times where you are warm enough, consider unplugging your space heater for a short while.

Older and/or damaged appliances are also potential causes, so it’s critical that you do rudimentary maintenance. It’s a good idea to have an annual electrical safety inspection to make sure that all your installed hardware is still in robust condition. If your home has exterior lights or outlets, use a Houston outdoor lighting professional for your inspection to be sure about everything.

Can you think back to science classes in elementary school? You might just remember that closed circuits let currents flow and that open circuits shut the flow off. A short circuit, alternatively, happens when an unintended and direct connection between a pair of points occurs. Electric current always takes a path of least resistance, so a short circuit is most likely going to happen given that electricity is inherently ‘lazy.’

Any short circuit is going to indicate a black or ‘hot’ wire has started touching another wire, which is either another hot wire or a ‘white’ neutral wire. Another scenario involves a hot wire becoming grounded, which might cause the breaker to then trip.

Warning: When any hot wire interacts with any other wire inside your electrical system, then an excess of current gets generated. That creates an abundance of heat and can trigger overheating, circuit damage, and even possibly a fire. Since there’s nothing there to absorb that electricity, any heat buildup is going to happen quickly. That’s just one of many reasons it’s critical to have circuit interrupters in your electrical system.

How you can solve this issue:

If a short circuit is what you have going on, then it’s critical to check out all of your receptacles, light switches, and plugged-in cords for damage. Find the tripped breaker to investigate the circuit which it’s connected to. Make sure the circuits are labeled inside the electrical panel if they haven’t been already, or just confirm the labeling is right.

Should your nose pick up the scent of burning plastic, which might also smell like sulfur or a rotten egg, then you need to call in a professional electrician anyway. Light switches or outlets with burning smells often indicate dangerous wiring situations that might trigger electrical fires. Other signs of possible damage include black or brown discoloration and/or switches or outlets that are sometimes hot when you touch them.

Also look for damaged appliances and frayed cords. In some cases, the short circuit happens inside the appliance itself.

If a short circuit is what you suspect, then you need to turn off any power to that circuit from your electrical panel and then wait until you can have a qualified electrician come out to inspect the circumstances before anyone turns the power back on. When electrical components or wires get crossed, the results are very hazardous, so you need an electrician. More than likely, that professional can replace your bad breaker or let you know which specific appliance is causing issues.

Are your breakers frequently tripping? You might have faulty wiring or loose connections inside the electrical system. A tripping breaker is a strong indication that you need to have an electrician look at your electrical system. If any parts of it go to the exterior of your home, then you might want to get a Houston outdoor lighting professional on the case, as they can handle electrical and wiring issues both inside your home and out.

Short circuits and overload conditions account for most of the tripped breakers that happen. A third potential cause is an older electrical panel which just gets weaker and trips since it can’t handle an electrical load safely any longer.