What does LED mean?

LED is short for light-emitting diode.

What is an LED?

Where can LED’s be used?

LED lights may be used in almost all parts of the house. They can be used with all kinds types of bulbs, including MR reflectors, A-shape, PAR reflectors, recessed, under cabinet and decorative. They may be used to replace 75W, 60W and 40W light bulbs.

Should I make the switch over to LED lighting? 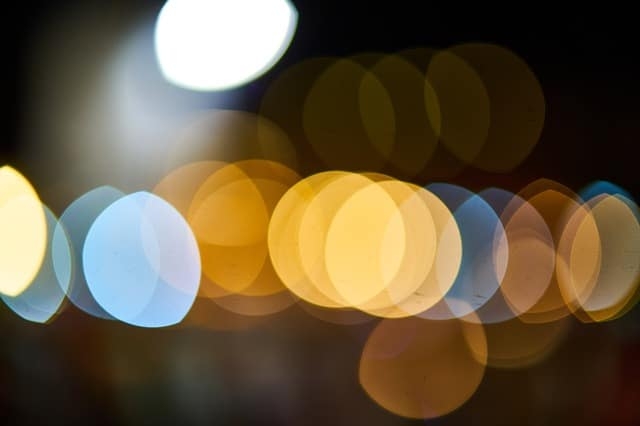 LED’s are well-known to produce less heat, have better energy efficiency and have longer lifespans when compared with traditional lighting. They also function effectively in both extreme cold and heat and are resistant to shocks and vibrations.

The following are some of the major benefits of LED lighting:

Longer Lifespan – LED lights last up to 10,000 hours or 20 years, which compared to traditional incandescent is about 50 times longer.

More Energy Efficient – When compared to halogens and incandescents use less than 1/6th of the amount of energy.

Safe to Use – Because LEDs do not emit harmful IR or UV radiation, contain mercury, or heat up, they are safe to use around humans, flammable objects and art.

More Durable – LEDS don’t use glass bulbs or filaments and are made out of plastic, so they are a lot harder to break and last longer.

Easier to Use – Their higher efficiency allows you to string together multiple LEDs together easily without the circuit getting overloaded. The other bulbs stay lit if one burns out.

Why do LEDs cost more than other bulbs?

The reason why LEDs cost more is because it is more expensive to make them. However, over the long-term they save you money since they reduce replacement, maintenance and energy costs. Prices are expected to go down as technology continues to improve.

What is it about LEDs that make them different compared to other types of bulbs?

There are several different ways that LED lighting differs from other lighting choices:

Light source – LED’s are quite small, only around the size of a dot. They are available in various colors, including color-changing LEDs, white, blue, green and red.

Direction – Light is emitted by LEDs in a specific direction, which eliminates the need for diffusers and reflectors which are used for trapping light. Rather than needing to reflect the light the life within the desired direction in the process losing light and energy, LED make directing light in the direction that you want it easy. That is why it is highly recommended to use LEDs for task lighting, uplighting and recessed downlighting.

We recommend that you use LEDs to replace most of your bulbs, including undercabinet lights, lamps, track lights, recessed fixtures, security lighting and outdoor lighting.

There are various colors to choose form, including motion, daylight and dimmable sensors. LEDs work very well in practically every fixture and area of your house.

Like TVs and other electronics, the more expensive and cheaper versions do have differences among them. For the best energy efficiency and light quality, you should purchase the LED products that cost more.

Light quality is measured by the Color Rendering Index on a 1-100 scale. Search for a CRI rating of 90 or higher.

Will enough light be produced by an LED replacement to replace my original bulb?

In terms of light output, LED light are quite similar to other light bulbs. However, you should visit a lighting store and see exactly how a space is light up by the LED light bulb.

LED lights are now able to replace an incandescent of up to 100 watts effectively.

Just how energy efficient is an LED?

LEDs are actually the most energy efficient lighting options that is available. The way that light bulb efficiency gets measured is by lumens per watt or how much the light output (lumens) is per power unit (watt). According to a U.S. Energy Information Administration report, the EIA is projecting that by 2020 LEDs will be producing over 150 lumens per Watt.

Traditional incandescent, by comparison, produce about 13 to 18 lumens per watt. LEDs currently produce about 83 to 100 lumens per watt, which is still the best efficiency available from light bulbs. There continues to be advances in LED technology in terms of energy efficiency, and also improved quality and color temperature.

That is why it is so important that professional electricians be hired for designing and installing your LED outdoor lighting in Houston as well as your indoor LED lights. LED efficiency does vary by device. To find the most efficient LED devices search for the ENERGY STAR label. Staring this year, LED devices are available at over 100 lumens per watt.

When purchasing LEDs, what should I be looking for?

Always search for lights that an independent testing laboratory has tested and read the Underwriters Laboratory (UL) listing.

If you are going to use LED lights outdoor, be sure they have been rated for using outdoors.

Enjoy all of the Benefits that Outdoor LED Lighting provide

Lighting architects and designers prefer using LED for their outdoor lighting applications. That is because they prove arm white light without having to sacrifice lumen output.

Improve lighting quality and minimize energy consumption by contacting Robert Huff Illumination for all of your outdoor LED lighting needs.

LED holiday lights are available in a broad range of styles and colors, including globe lights, icicles, rope lights and twinkle lights.